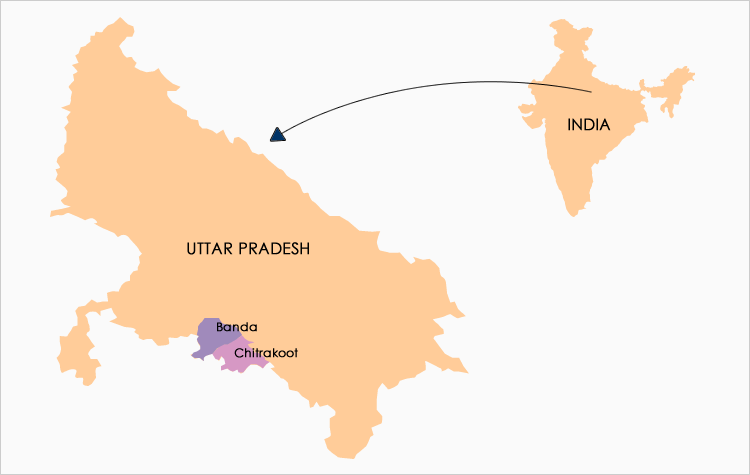 Apart from Chitrakoot and Banda districts in which ABSSS is currently working, it has also worked in Hamirpur, Mahoba, Jhansi and Lalitpur districts of Bundelkhand in Uttar Pradesh. The organisation’s work has touched those parts of Allahabad (now renamed Prayagraj) and Sonbhadra districts which are characteristically similar to Bundelkhand region. Additionally, it has worked in Tikamgarh district of Bundelkhand in Madhya Pradesh and Anuppur district of the same state.